I'm going to have a go at this week's Sunday's Whirligig!

It was so embarrassing. I was keeping my dear mother company as Daddy was away on business for a few days.

“Let’s watch a video for a change” she said plucking a DVD from her handbag. “I found this in your father’s wardrobe and I’m wondering why he hid it. It must be pretty special”

“Hey Mummy, that is theft!” I quipped.

Seconds later, she was choking on her popcorn. “It‘s one of th-th-those exotic f-f-films” she stammered.

She squinted at her watch. “But the night is young darling” she said.

“And you are not Mother dear” I said. “This could give you a heart attack!”

Minutes later, I was gone. Phew! 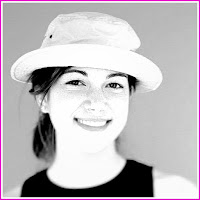